What are your personal experiences and memories from the protests against the nuclear power station in Wyhl in the 1970s?

Of course there was massive resistance against the plans of a nuclear power station here in Wyhl in the 70s. There was an election held with a little more than 50 percent votes for the nuclear power plant. But it wasn’t built due to massive protests, squatting on the construction site and so on the construction was prevented. I was 16 back then. At 16 we did not think so much about the issue. My colleagues were all in agriculture and we just went to the construction site, to the friendship house, spent the nights there sometimes. It was an adventure at 16.

Why did your carpentry company specialize on installing solar systems?

Well, my father was a strong opponent of nuclear power, that has shaped my thinking. Later at the age of 18, 20, 22 I started to think about the whole issue myself. And today, I have to say that nuclear power ist the dirtiest way of producing energy, all the way from the mining until the final storage.

You went from contra nuclear to pro solar. How did this change develop within your company?

In my company the development went from solar heat to photovoltaics. We were looking for new areas of business and installing solar systems was just right combining economy with environment protection. Installing solar systems works really well for carpenters. We started small in 1998 with the first system. Today our company is almost self-sufficient. We produce more electricity than we use. For the heat we changed to burning the wood shavings from our workshops. It developed gradually.

What did you change in your company to be energy self-sufficient?

First the heating, we built a container for the wood shavings. All waste, whether it is wood shavings or sawdust are sucked or blown into the container. Then the larger pieces of wood are shredded and chopped and also stored, so that the heating system works automatically. Next was electricity. We produce twice as much electricity as we actually consume for the company. Then then we changed the lighting in the whole office to LED one and a half years ago. In addition, we pay much attention when we buy new equipment to get machines that have a lower power consumption. We have sold the lift truck, a large 5-ton side loader two years ago and bought a new one with a battery block. It is charged with the power from the roofs during the day. We have to charge it every three days. We always check how much electricity is there and load the battery when there is enough energy during the day. We don’t need to use any electricity from the grid. In the last five to six years, we have lowered our electricity consumption from 36,000 kW, which was not an awful lot, approximately 24000 kW last year.

What progress did you make in the last 15 years since then?

So at the beginning we had to pay and learn the hard way. The one or the other system we also had to rebuilt. There were very few opportunities to get education on solar systems. It was learning by doing. Only three, four, five years later, the individual manufacturers offered trainings and courses, for mounting and mounting systems, the calculations … we have grown our knowledge slowly.

That means you had to teach yourself a lot?

We had to. There was no training for installing solar systems yet.

And today you train people?

We train carpenters. Today it looks like the installation of solar systems is definitely attributable to the carpenters and roof mechanics. In Germany we have a crafts code and it says “roof mechanics: iinstallation of photovoltaic and solar thermal systems”. The connection, of course, is done by an electrician. We also have two companies with whom we have contracts that make the connection to the grid for us. We do the roofing work, pull the cable down, set up the inverter. Then comes our contractor and connects the solar system to the public grid or sets up the stand-alone system.

Did the company grow with solar energy?

With solar energy the company has also grown. We have 16 to 18 employees. We also have a private electrician who has made vocational training. But according to the crafts code there must be a master who has the license from the power company. And that’s why we need a qualified electrician, who eventually flips the switches to connect to the grid.

What sizes of solar installations have you built on roofs? From onefamily homes to …?

Up to the largest roofs. In Herbolzheim we did one with one megawatt two years ago. We do all sizes. The only thing we do not do are ground-mounted systems. We are not equipped for that.

That’s hard to say. In 2013, there has been a massive decrease, which is continuing. We still have a few inquiries, but noticeably less as in the previous years.

This means you clearly notice the feeling of insecurity?

Yes, massively. The insecurity is caused by the government. As I see it, it is less important whether there is a penny more or less, but the uncertain legislation makes the customer uncertain. One does not know what happens next. Will they end the EEG? Will they follow through with their plans? Every week we install a new solar system. But it’s been less than in the previous years and these investments are now mostly in the range of five to six kW, that means one-family houses, often with a storage system with batteries. That way you can self-supply about 70 to 80 percent of the electricity.

Many people dare not to start.

Sure I know that an LED light in the office costs around 50 euros. But it consumes only around 22 watts, previously I had two lights of 56 Watt. Of course, this light costs 50 euros and I have a return period of at least two to three years. But in my opinion it is better to say we exchange the bulbs now. We invested 1000 euros and then we will have less costs for years to come.

So the motivation is an economic one?

… to our clients, yes. Think of a battery storage system. The first one I have built, I installed on my house in mid 2012. There has not yet been a subsidy for storing energy. I did not care, I just did it because I wanted to. At that time I had 15 to 17 years for the return of investment. But anyway, I have two boys at an age where everyone wants to have a TV and a computer. We consumed 6000 kW of power. Today I only have to buy between 800 and 1000 kW. That means I had to pay 130 euros extra a month, now it’s only 28 euros. It does not matter whether you are selling the electricity to the grid and get money or whether you consume the electricity yourself and save between 80 and 100 euros a month. It doesn’t matter. I still have it in my pocket and take the money to pay off the storage system

If you add up the solar systems, your own and the ones you have installed for clients …

… We had years, for example 2010, where we installed 4500 kW. Now it has decreased rapidly. The last year we only installed about 1000kW. We are of course a company of carpentry, roofing and solar systems, so I have the opportunity to restructure. If it doesn’t go well in one area I have to activate the other areas more.
In Endingen we had a competitor, a rather large company, they went out of business. The also had 20 employees, they installed a lot, but they got no more orders. The orders are really declining. It started in mid 2013 and now you really have put in an effort to still get orders.

What do you want the government to do …?

Oh well … a clear legislation, so there is no uncertainty among the people. Clear guidelines, yes or no. … This only brings uncertainty into the whole market. That’s the big issue. There are no clear guidelines. No one knows what will happen next. Mr. Gabriel suggested to also put the EEG surcharge on the electricity you produce and use yourself. He just said that without contest. No one knows how they will change the legislation. But the uncertainty acts as brake. If I have to pay 5 cents or 5.5 cents for self-produced power, it looks differently. He was just thinking aloud, the decision comes later, but in the meantime, of course there is a massive decline of orders for solar systems.

How many competitors were there in the area and how many are still there?

There is the one who went out of business. In the neighboring village there is still an electronics shop, who says, thank God that he still has house installations and other things because he doesn’t sell much solar anymore. We also notice that it is only smaller systems, single-family houses that we still get orders for, almost no more large systems.. 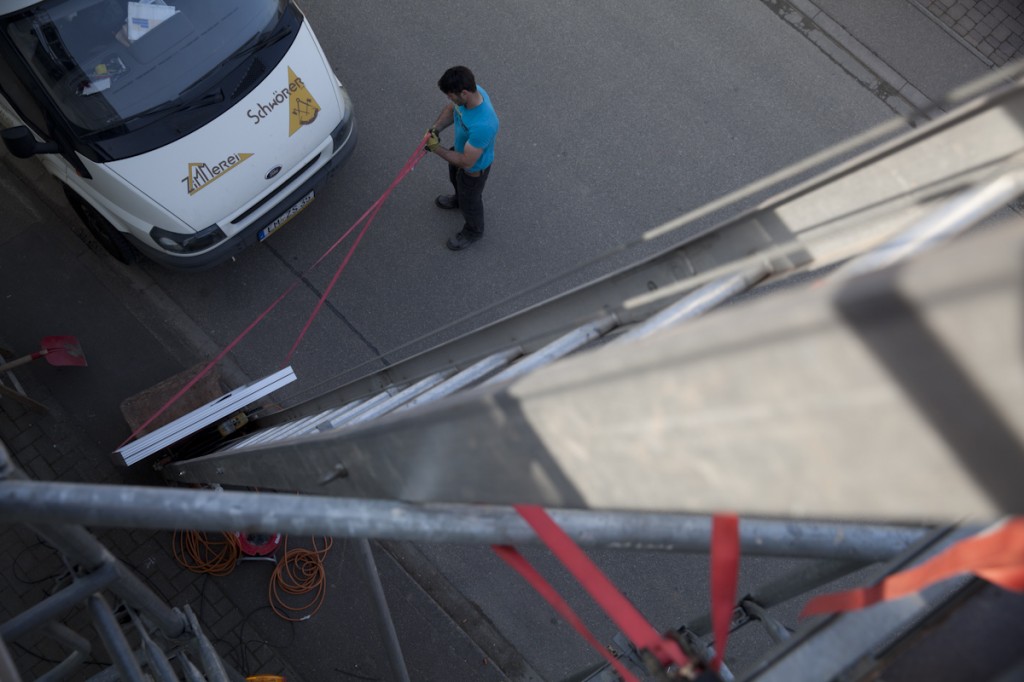 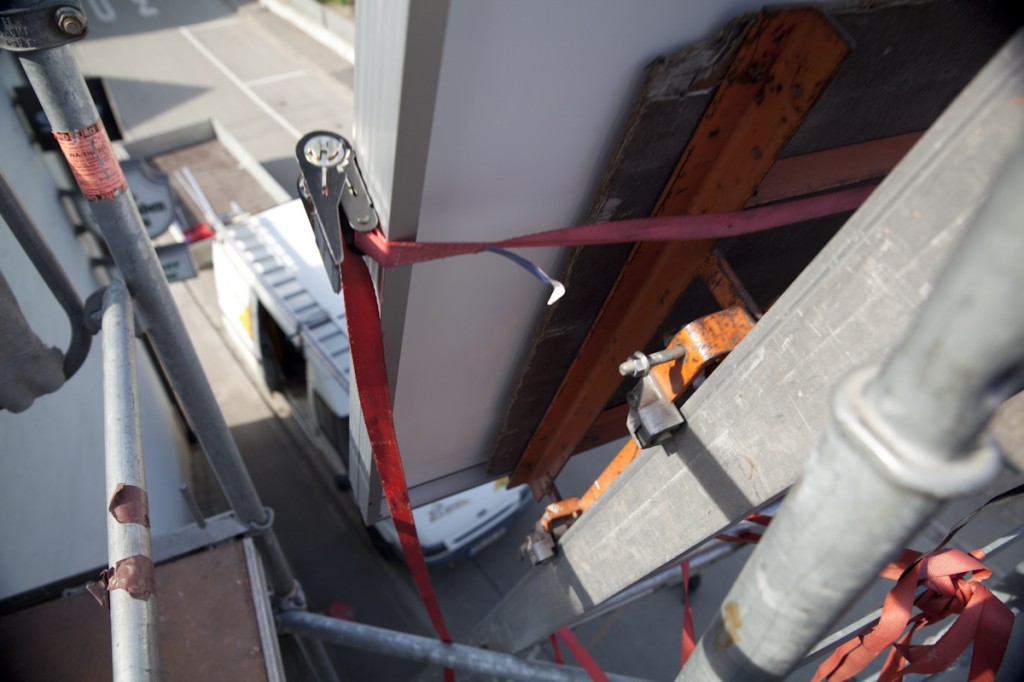 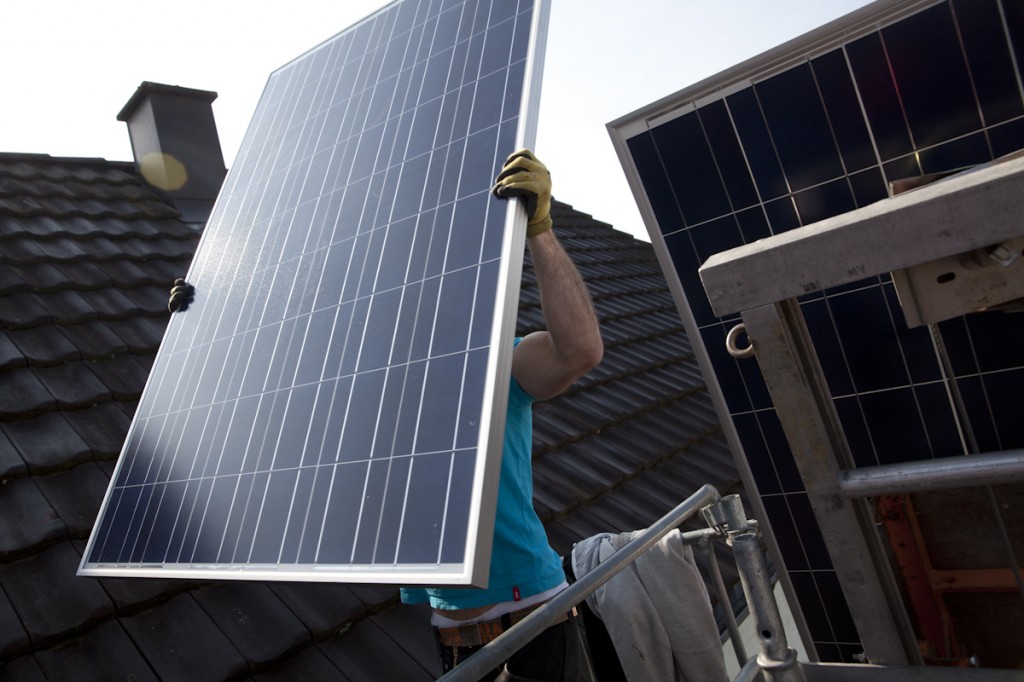 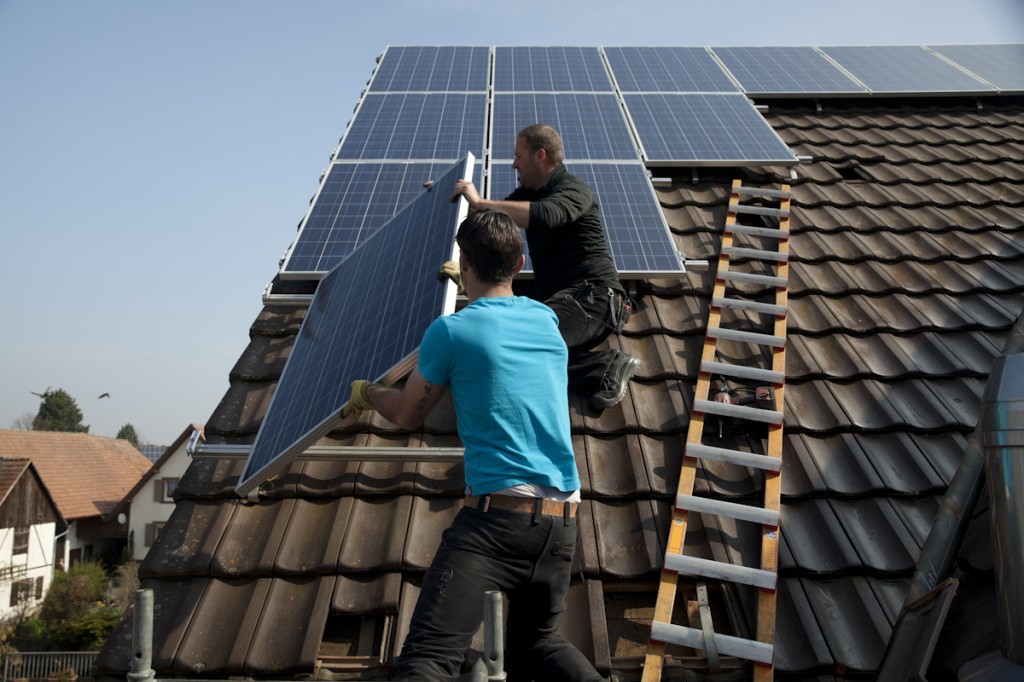 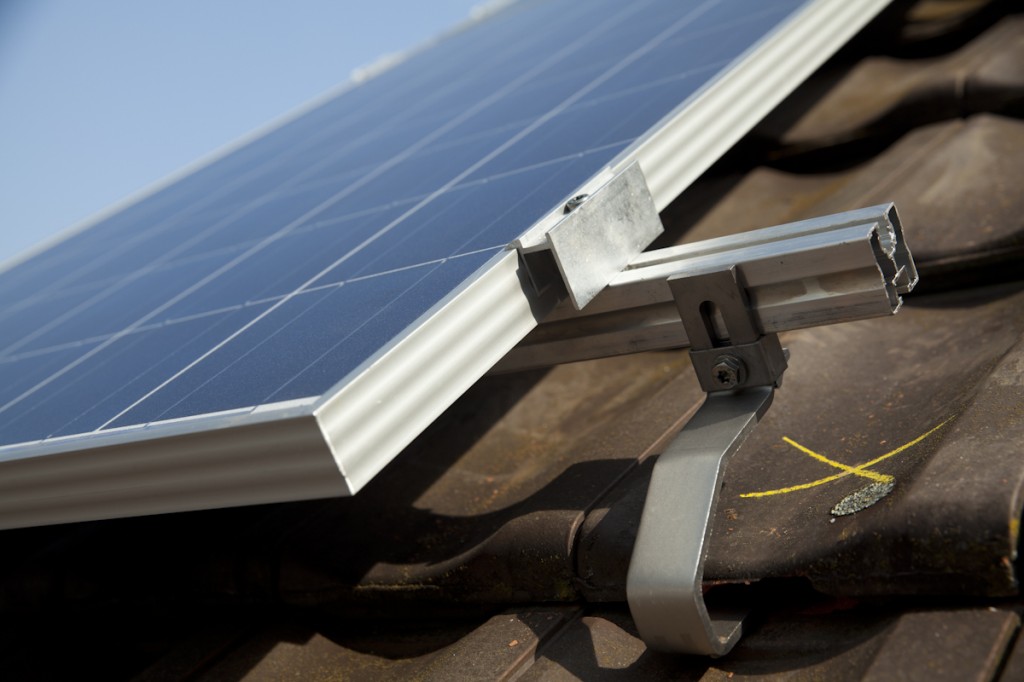 One thought on “Reinhard Schwörer – Installation of Solar Systems in Wyhl”